The New York Knicks’ Kristaps Porzingis, who has earned two Kia NBA Eastern Conference Rookie of the Month awards in a row, joins Wiggins on the World Team. Minnesota’s Zach LaVine, the dunk champion at NBA All-Star 2015, will play alongside Towns on the U.S. Team, giving the Timberwolves three players in the game, all 20 years old. 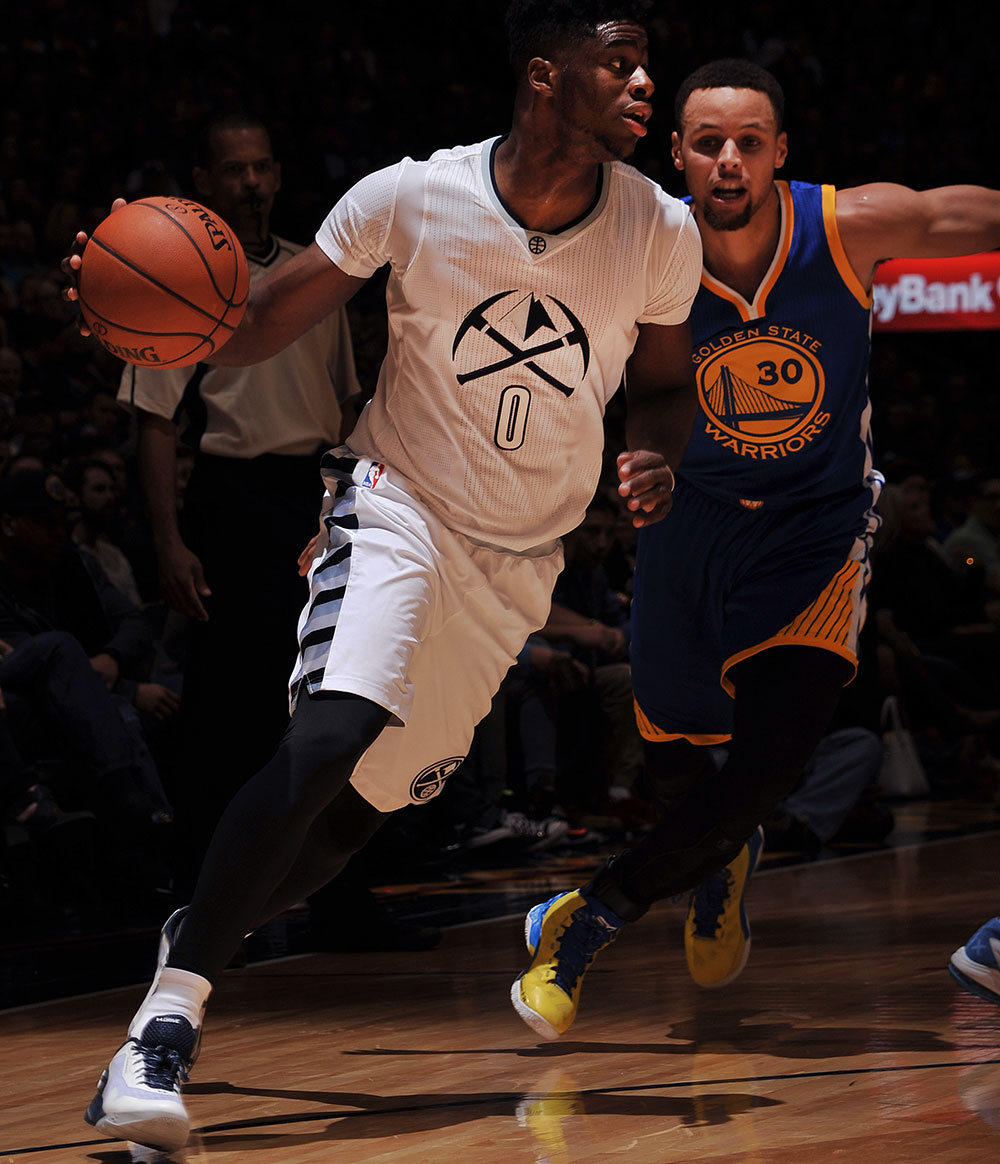 For the second consecutive year, the league’s annual showcase of premier young talent will pit 10 first- and second-year NBA players from the United States against 10 first- and second-year NBA players from around the world. TNT will televise the game live at 9 p.m. ET, part of Turner Sports’ 31st year of All-Star coverage. BBVA Compass is the Official Bank of the NBA in the U.S. and maintains its role as title partner for the BBVA Compass Rising Stars Challenge.

The World Team is anchored by Wiggins, who ranks 15th in the NBA in scoring (20.8 ppg), and Porzingis, who is third among rookies in scoring (14.0 ppg) and first in blocked shots (2.0 bpg). In last year’s BBVA Compass Rising Stars Challenge, Wiggins scored 22 points and earned MVP honors in the World Team’s 121-112 victory over the U.S. Team.

Wiggins is one of two Toronto-born players on this year’s World Team roster, along with Dwight Powell of the Dallas Mavericks. Rounding out the World Team are Bojan Bogdanovic of the Brooklyn Nets, Clint Capela of the Houston Rockets, Mario Hezonja of the Orlando Magic, Nikola Jokic and Emmanuel Mudiay of the Denver Nuggets, Nikola Mirotic of the Chicago Bulls and Raul Neto of the Utah Jazz.

Towns, the No. 1 overall pick in NBA Draft 2015 presented by State Farm, is one of three NBA players averaging at least 16.0 points, 9.0 rebounds and 1.5 blocks (Anthony Davis and Pau Gasol are the others). Towns and LaVine are joined on the U.S. Team by the Philadelphia 76ers’ Jahlil Okafor, who leads all rookies in scoring (17.4 ppg), and Sixers teammate Nerlens Noel, the only NBA player averaging at least 1.5 blocks and 1.5 steals. The U.S. Team also includes Jordan Clarkson and D’Angelo Russell of the Los Angeles Lakers, Rodney Hood of the Jazz, Jabari Parker of the Milwaukee Bucks, Elfrid Payton of the Magic and Marcus Smart of the Boston Celtics.