The National Basketball Association (NBA) and Ford Motor Company of Southern Africa today tipped off their multiyear partnership across the African continent with the launch of the first Jr. NBA League in Johannesburg at St. Peter’s College. The partnership grants Ford exclusivity in the Automotive Category and is the first such partnership for the NBA in Africa.

More than a thousand people attended the launch of the Jr. NBA Johannesburg League Presented by Ford, including the youth, parents, coaches, teachers and members of the community.

Similar to the NBA, the Jr. NBA League features 30 youth teams in which will represent the 30 NBA teams divided between Eastern and Western Conference to compete for the Jr. NBA Johannesburg Championship. It will be focused on leveraging the excitement of the NBA and inspiring more girls and boys to participate in basketball through a positive experience.

As part of this partnership, Ford will also host activities around the NBA’s signature events, including the NBA Finals, Basketball without Borders Africa, and at the inaugural Jr. NBA League in Johannesburg. The NBA and Ford will also introduce the Jr. NBA program to new sub-Saharan African markets beginning in the 2016-17 season.

Jr. NBA, the league’s global youth basketball participation program for boys and girls, teaches the fundamental skills as well as the core values of the game at the grassroots level in an effort to grow and improve the youth basketball experience for players, coaches and parents. During the 2015-16 season, the Jr. NBA will reach more than 6.5 million youth in 34 countries. 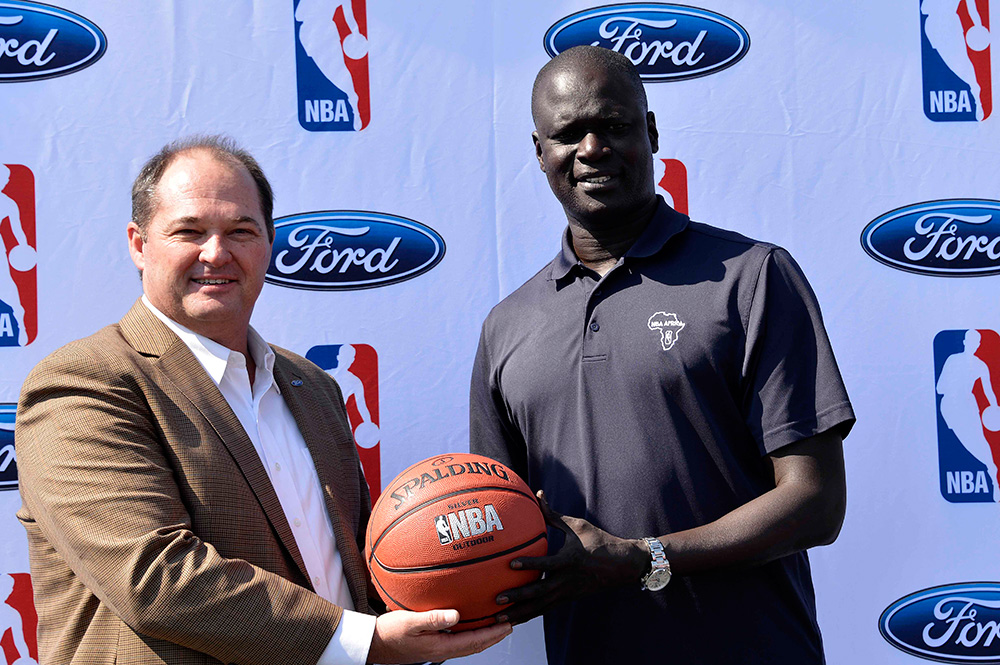 “We are thrilled to have this partnership with Ford which is the first of its kind. This partnership marks the start of exciting times to come and both basketball fans and other consumers can look forward to winning some exciting prizes.” – Amadou Gallo Fall, NBA Vice President and Managing Director for Africa.